After two years of planning, fundraising, and implementation, TRY and Indigo Power have completed their first community battery, Yack01. The 274 kWh battery and 65 kW solar installation is the first community-owned behind-the-meter solar power system to supply retail electricity customers in Australia and will provide power to around 40 Yackandandah households throughout the night.

Yack01 was launched on Thursday 8th July with ~180 people attending an event at Ben Gilbert’s Agency of Sculpture, the site of an old sawmill. Lily d’Ambrosio, the Victorian Minister for Energy, Environment and Climate Change gave a short speech and threw a make-shift switch to signal the official turning on of the faciliity. Ann Telford, Chair of Indigo Power, Cr Jenny O’Connor, Mayor of Indigo Shire, Dr Helen Haines, Independent Federal Member for Indi, and Dr Juliette Milbank, President of TRY, also said a few words to welcome the first community battery of it’s type in Australia.

The battery is located on private land, behind the power meter, and will supply retail electricity to customers of Indigo Power. Power meters record electricity flow in to a private property from the National Energy Market and any export to the NEM from batteries or solar systems. The Yack01 installation will provide power first to the Agency of Sculpture, and then all the excess will be stored and/or sold to the electricity market through the meter.

Yack01 is a pivotal step in TRY’s goal to transition to 100% renewable electricity, where we move beyond individual household installations. A community battery enables anyone to participate in the renewable energy transition, even if they cannot afford solar panels themselves.

Although 274 kWh is a small battery compared to other commercial installations, it is a pilot for larger community-scale projects that will follow in our quest for 100% renewable energy. Yack01 will demonstrate the feasibility of a behind-the-meter community battery and it’s integration into the grid.

Charge and discharge cycles of the battery will be managed by a smart energy controller, the Mondo Ubi. This cycling will increasingly be managed by Mondo as part of new electricity services made possible with batteries. These services can be used to support the network and market stability. The Ubi is a key feature of over 210 solar installations in Yackandandah and is part of a shift toward a more smart, dynamic and two-way energy market dominated by renewable energy systems.

The battery was supported by $104,000 in funds raised by TRY from philanthropists and the local community, which then leveraged a $100,000 loan taken out by Indigo Power and underwritten by Sustainability Victoria, and $171,000 from the Victorian Government New Energy Jobs Fund.

Lily d’Ambrosio also announced Indigo Power as one of several newly selected state-funded Community Power Hubs that will provide support services for communities to define and plan renewable energy projects. Finally, she celebrated the end of Yackandandah’s third microgrid trial, a project coordinated by TRY, the Victorian Department of Environment, Land, Water and Planning (DEWLP) and Mondo, to demonstrate the possibilities for smarter control of network electricity flows for the benefit of residents and the network.

After the formal speeches, several tours of the facility were conducted, with various entities involved in the battery installation speaking and answering questions.

A final event was held during the evening to thank the many supporters and contributors of TRY and the community battery project. Over hot soup, crusty bread and cheese platters, the Yackandandah Choir started the evening with some inspirational song before a few short presentations. Guest speakers Matt Grogan (Indigo Power board member and former TRY President), Cathy McGowan AM (former Independent Member for Indi), Jodie Hallam (General Manager Energy Services, Mondo), Juliette Milbank (TRY President) and the Master of Ceremonies Matt Charles-Jones (TRY Vice President), filled in the backstory of the battery: the big thinking, empowerment and community action, the future of energy, TRY’s journey, and the stories that make everything real and relevant.

TRY is thrilled that the day went so well and that our first community-scale project is complete. Our journey’s path has shown that a renewable energy transition is doable and we hope that other communities will be inspired to follow their own renewable energy paths too.

You can find more information about Yack01 here. 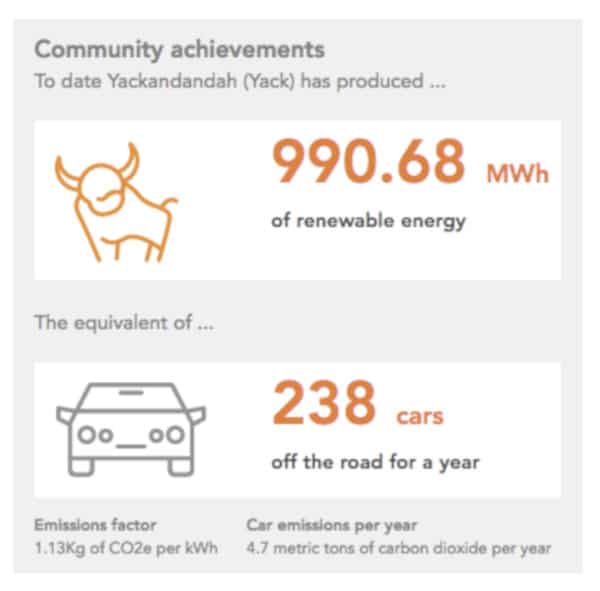 What a Milestone: 1 GWh! 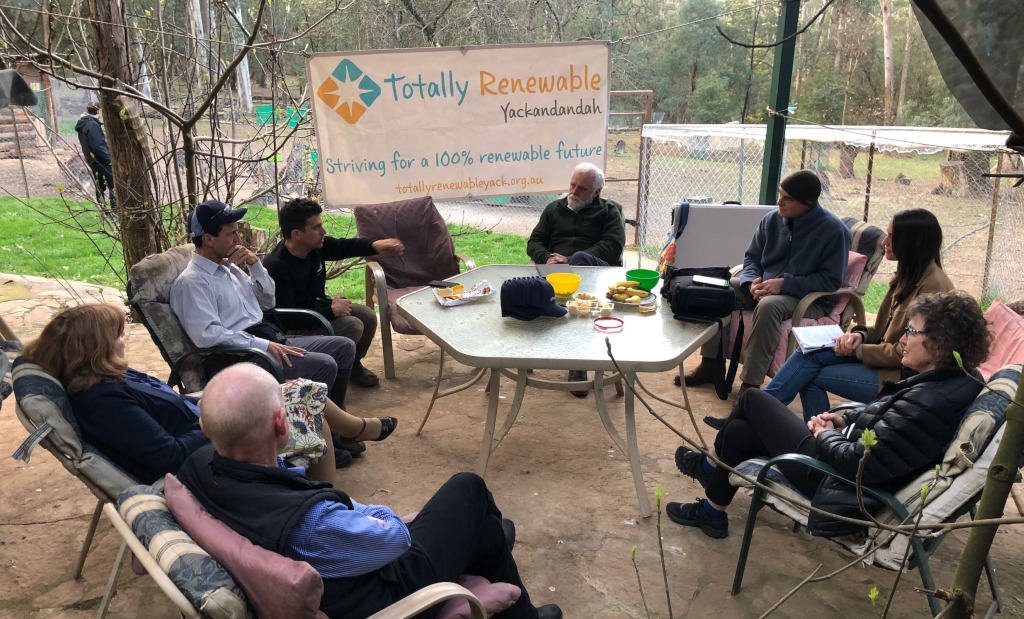